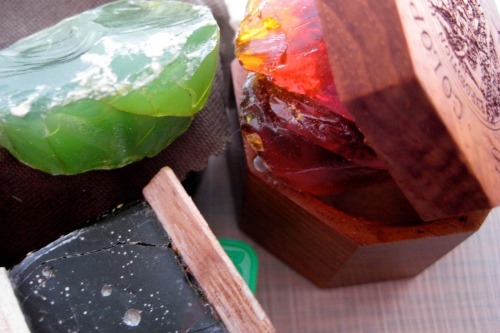 “All This Awesome Power, In An Itty-Bitty Little Package”

As I gazed upon my small collection of chipped rosin cakes this morning, I started to wonder if I needed something new. The less than pristine chunks I have on hand could conceivably last until I’m well into retirement, but still. Part of me just really likes buying new rosin. So I started thinking about what kind of rosin I might try next. Then I started thinking “What do I really know about rosin, anyway?“. This lead to a little digging.

The Basics About Rosin

Looking for more information about rosin?

Bonus: Here’s a fun fact I learned on BAVs this week: A wine (or champagne) cork works well for cleaning rosin off your strings. I’ll drink to that!

What kind of rosin do *you* use? Click here to chime in and see what others are using (2 Question Poll).

This entry was posted on February 10, 2011, 4:11 pm and is filed under Violin Accessories. You can follow any responses to this entry through RSS 2.0. You can leave a response, or trackback from your own site.